Academic job searches are changing, and long-standing practices connected with interviewing candidates at the MLA convention are clearly changing with them. Results from searching for the text strings “Skype” and “MLA convention” in ads that departments have placed in the MLA Job Information List over the past eight years suggest the broad direction of developments (fig. 1). 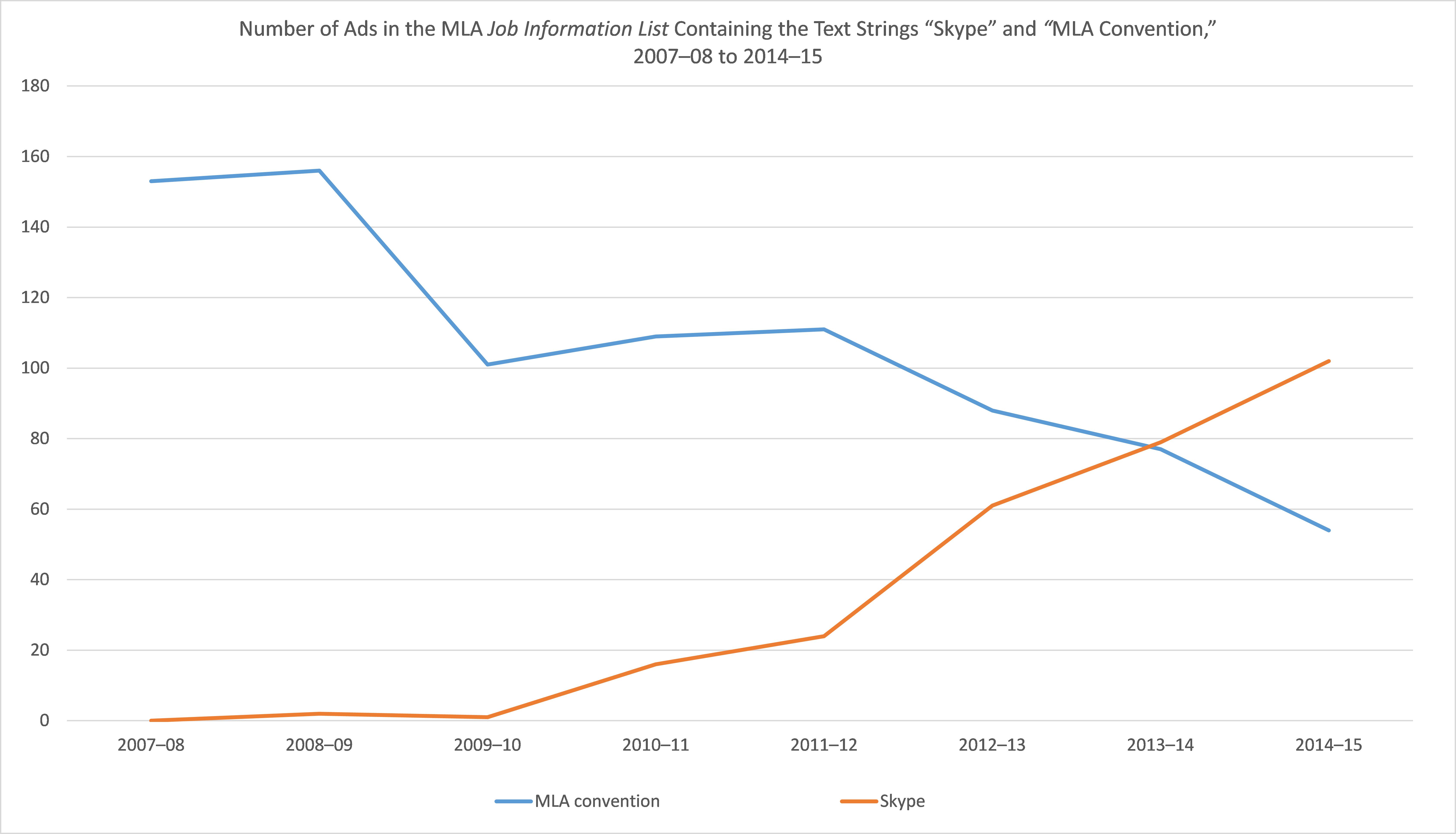 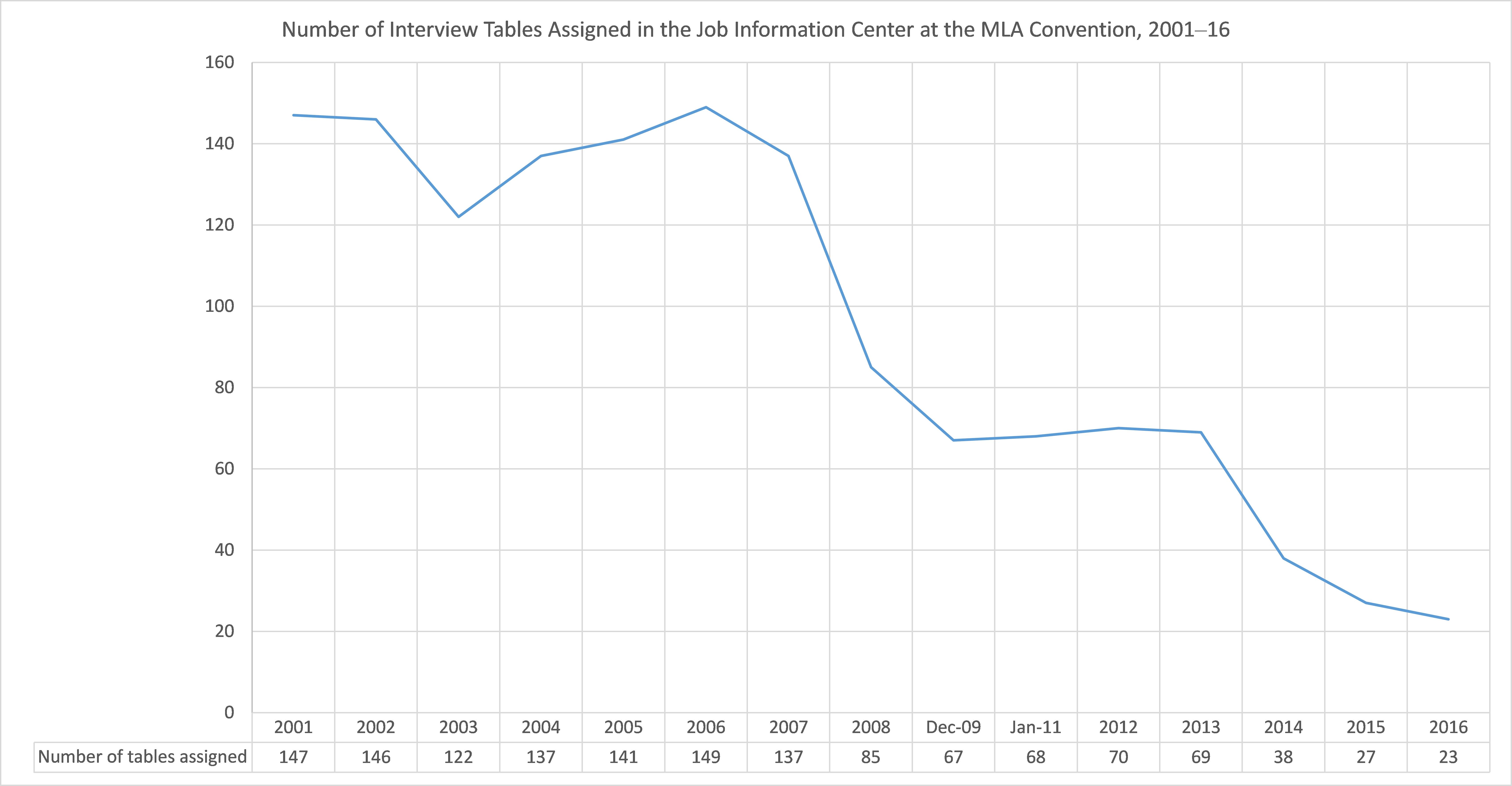 The much reduced number of departments using the convention Job Information Center obviously reflects the sharp contraction in academic job opportunities and departmental hiring that has occurred since 2008. But it also reflects changes departments are making in the way they conduct searches. The MLA has no stake in maintaining the convention job interview in the face of new technologies that both job seekers and search committees find serve them better, and there is every reason to expect that the use of videoconferencing and teleconferencing for screening interviews will continue to expand. There is also every reason to think that a system where most interviewing takes place by videoconference can restore scholarly exchange and professional development, rather than job interviews, as the convention’s central, defining activities.

The MLA seeks to provide services that will improve the job search for hiring departments and above all job seekers. To that end, through its membership committees the association promulgates standards that reflect MLA members’ evolving consensus about good professional practice. In a changing job-search landscape, where new practices are emerging, continuing communications with and among members on all sides of the job search are indispensable to understanding what is happening and how the association can respond in ways that will benefit job seekers and the job search—and also bring about welcome improvements in the experience of attending the convention.